11 of us made the long trip down to the Spring Hall athletics track last Wednesday evening for the 4th race in this years YVAA Grand Prix season. With the competition reduced to 6 races from 8, 5 races must be raced for the chance to win a prize. With Andy Stott and Mick Coe currently in 2nd place in their respective age categories and with only 2 races to go things are hotting up.

The race started at 7.30pm, so after a few warm up laps around the track we were ushered down to the start line over the railway line. After the usual formalities were done and Rocky had donned his ‘go faster headband’ and entered the zone we were off.  An out and back 5.9 mile route through the woods towards Salterhebble and on the canal towards Copley. At the turn at Copley Cricket club we headed back following the riverside paths, except for Steve Brook who, as he did at Roundhay Parkrun decided to investigate the cricket club and was seen inspecting the freshly mowed grass.

A great race as are all the YVAA Vets races, well marshalled by the Halifax Harriers. A  series of races open to anybody affiliated to QRC and aged over 35 for only £5/race lets see more of you next time.

NEWS JUST IN!!!!  ‘Mass stampede by QRC members in the 3 Pigeons on Wednesday night as several members try to catch a glimpse of Peter Hughes buying a round’ (only joking Pete) 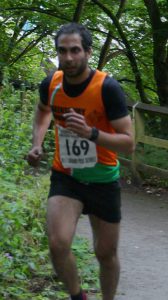 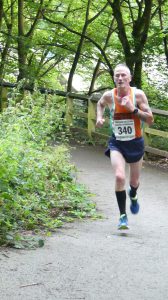 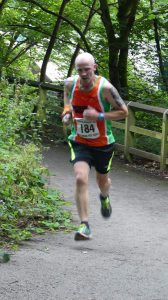 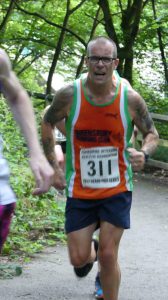 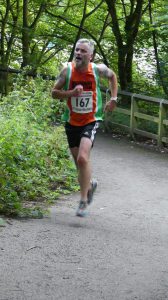 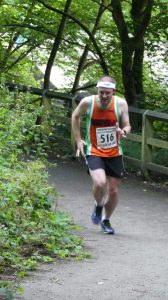 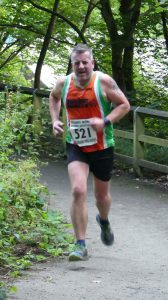 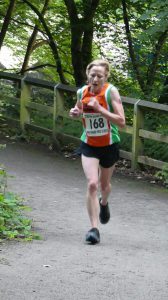 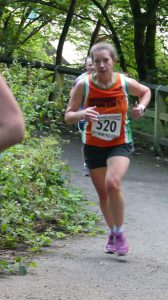 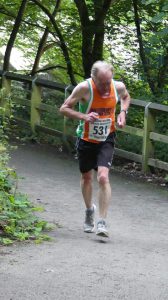 Sorry Carl no photo of you because you’re drafting Simon.