Chris Williams recorded an outstanding personal best in the Podium 5K race near Colne at the weekend. He clocked 16:00 minutes dead beating his previous pb by one second set last year at the John Carr 5K. Most of us mere mortals can only dream of running at a pace of 03.12 mins per km or 05.09 mins per mile; actually, only a few hundred people in the entire nation have run a quicker 5K than that in 2015. Chris was 11th in a race that featured many of the quickest runners in the north west (the winning time was 14:58). The slowest runner in the ‘A’ race completed the course in 17:19 which is still a fantastic time. Chris also triumphed over Jonathan Johnson (Harrogate Harriers) who beat him into second place in the West Yorkshire 5 mile road race last week. Well done to Chris. We look forward to a sub-16 minute run in the next race! 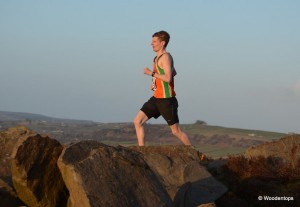 The full results are here.

You can find out more about the Podium 5K here.