Today saw off the final race of the West Yorkshire Winter League. Another great turn out by Queensbury and well done to everyone who ran through the series. Queensbury finished an impressive 4th overall out of a field of 11 teams.

Here’s also a few photos from the day.

Congratulations to Mick Coe, who has won the Airedale Athletics Offroad Trophy for the summer season.  After running six tough races including the Wharfedale Half Marathon and Pendle Three Peaks he consolidated his win with sixth place at Beefy’s Nab on 20 September.  It was no easy victory, with fewer than 70 points separating the leading three at the finish.  Matt Fielding, Stacey Cleal, Lee Hipwell and Anna Smith were also among the first ten individual league runners and Queensbury finished a good third in the team league behind Baildon and Saltaire Striders.  In all 17 Queensbury runners put the team points together, a terrific turnout for some beautiful but challenging events.

Five Queensbury runners took part in Beefy’s Nab, short but with a hard climb at the start and a rough descent to the finish.  Declan Craven was in third place at the top of the Nab, finishing an excellent fifth overall.  Matt Fielding was just outside the top ten in 11th place after the rigours of the the Yorkshireman marathon the previous weekend.  Stacey Cleal at 18th narrowly missed a category prize and Abbie Cleal (24th) ran a good confident race to finish minutes ahead of her 2014 time.

The final points for the Airedale Athletics Off-Road Summer Challenge are here.

If you do any of the Airedale Athletics offroad fixtures your points are automatically added to the individual and team league tables.  These are the first fixtures for the winter season – there will be about 15 between October and March so you can choose events that suit you and your best six scores count.  More details will be out soon but meanwhile please check online for information including kit requirements. 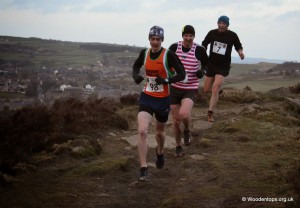 With the first two fixtures run Stacey Cleal is the leading individual runner for Queensbury after placing well in her category in the first Bunny Run at Haworth.  Declan Craven and Abbie Cleal both ran well in the same race against very competitive junior fields, while Mick Coe and Lee Hipwell showed good early season form at the Meanwood Valley Trail.

As the summer starts Queensbury are fourth in the team league.  The full points listings at this stage are here.

Next come the Stainland Bluebell Trail (3 May), a tough Joker race offering double points, the shorter but very scenic Over the Odda (16 May) and a fell race in the Dales, the Austwick Amble on 25 May.Very good luck if you are planning to run!

The Tour Of Norland Moor hosted by Halifax Harriers is a fell race starting from Copley Cricket Club. A food & music festival was also staged and provided some good food and beer after the race. Some excellent runs from Queensbury resulted in the team prize, with Chris Williams 3rd (38:49) , Martin First 8th (41:44), Mick Coe 24th (44:42), Graham Jowett 69th (52:50) & Jo 72nd (53:05). An excellent achievement given the strong turn out from much bigger clubs such as Calder Valley. Martin was also 1st in his age category, so a very good day for Queensbury RC. The race was won by Tom Adams of Ilkley Harriers, recently selected to represent England in the World Mountain Running Championships which take place in Poland next month.

Chris Williams ran in the Cilcain Mountain Race down in Flintshire, Wales, also known as Moel Famau on bank holiday Monday. The race is run in conjuction with the Cilcain Village Show and route takes you from the local church in Cilcain, straight up to Moel Famau where there is a an iron-age hill fort, a loop brings you back around to join in the path you ascended and its straight back to the church, approx 4.5 miles with 1300 feet of climbing. A top 10 place not a bad result after the previous days work on the Tour of Norland Moor. Lloyd Tagart of Dark Peak won the race in 31:28 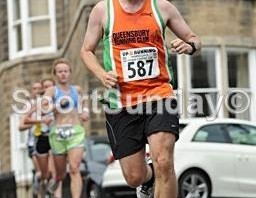 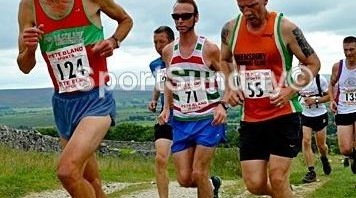 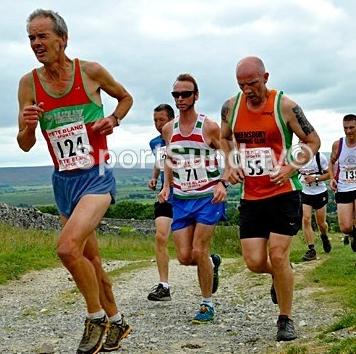 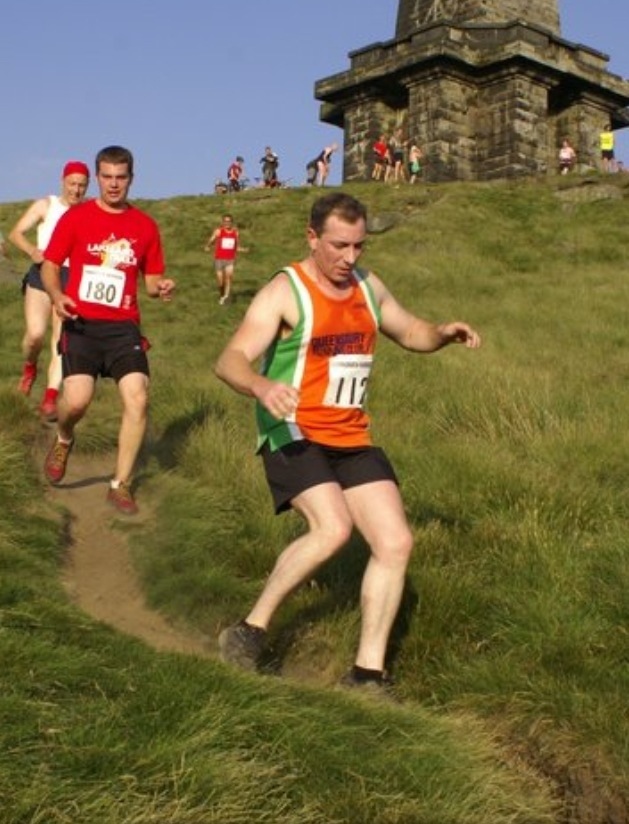 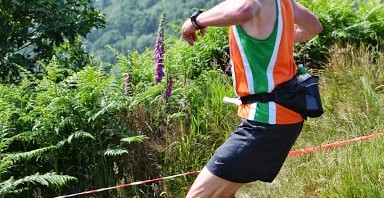