Lets also congratulate David Hepworth who, yesterday, completed the Windmill 6. This run forms part of a series of 5 races in and around Huddersfield. More info can be found at http://www.trailandroadseries.co.uk

Windmill 6 is an undulating road race around the Windmills on the top of Spicer Hill. The route is an anti-clockwise loop around the windmills and taking in the breathtaking views across Huddersfield Wakefield, Penistone and surrounding areas.

I have to say I’m a little gutted I wasn’t aware of this as it looks like a cracking start to a great series.

Below is an excerpt from David’s post to the QRC page,
“So a very spur of the moment race this morning! The Windmill 6 part of The Trail and Road Series (South Huddersfield). Thanks to Steve Boyer for the post that alerted me to the race. The course was straight forward on gently undulating and thankfully quite, country roads. Great scenery and lots of fresh air. Bit nippy at the start with a light flurry of snow to set us off and we finished in the bright and surprisingly warm sunshine. Marshals at the points where they were needed and mile marked made it a well organised and easy to follow route. 4 more to go! Trooped the club colours ( although I’m the first admit I’m not the best advert for the club) and managed to lumber round in 55:08” 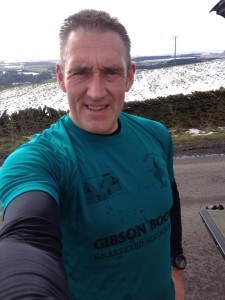 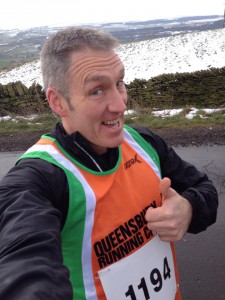 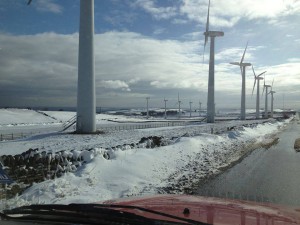