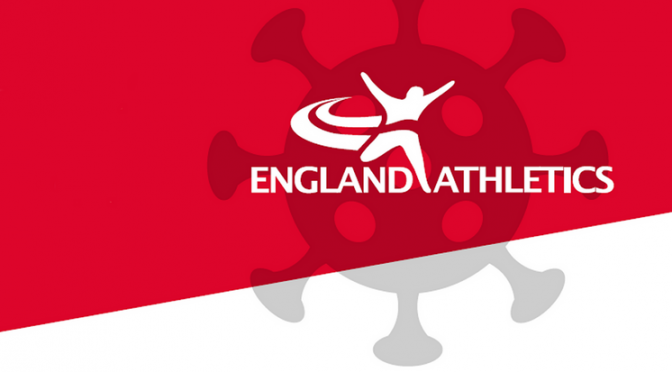 From Nicola, our welfare officer:

As expected, England Athletics confirmed that there was no exemption for club running to the lockdown rules. We now cannot meet as a club until the current rules are lifted on the 2nd December. We will keep you informed as the guidelines change. Remember that we are only allowed to meet for exercise with one other person during this second lockdown.

Stay safe everyone and see you in December .

The Hubble Bubble was run over days with varying distances, Andrew Patterson took on the 10 mile starting in Kirkstall along the canal to Apperley Bridge and back.

Stormin’ Steve Brook has been at it again, this time over in Manchester. Steve powered round this scenic this 2 lap 10k in a fantastic 52:37, 1st MV70 and 128th from 294 finishers

First of all a huge congratulations to Baildon Running Club for getting this race organised, the set up, marshals and the on course support was second to none.

5 of us made the short trip to Baildon for this race postponed from April this year and with the recent weather conditions we were greeted with a good amount of wind, mud and bogs making some sections of the course heavy going.

The 2020 Dave MacDonald Haltemprice 10K.  This year’s 34th running of the race, named in honour of its founder, Dave MacDonald of Haltemprice RRC, is brought to you by LKR Events, as the first road race in East Riding of Yorkshire and Kingston of Hull since the lockdown in March, the organisers were grateful to everyone for helping keep it covid secure. A huge thank you to the 90 volunteers who helped to create a safe space and gave their time up.

Steve Brook once again was out on the mean streets of Hull for this flat 10k, Steve ran a super 50:21 finishing as 2ndMV70 and 199th overall from 351 finishers.

The Tatton 10k is a fast, road closed race set at the beautiful Tatton Park in Cheshire creating the perfect opportunity to set yourself a personal best.

Steve Brook took the Corsa on another weekend outing this time over to Cheshire for this scenic 10k.

Steve ran a blinder producing one of his fastest 10k’s of recent years with a chip time of 49:04 finishing 1st V70 and 251st out of 659 finishers knocking just shy of 2 minutes from Septembers race.

With the majority of races either postponed or cancelled in the last 7 months, Racebest managed to get the go ahead to organise a day of racing at Elvington Airfield in York. With the airfield closed to the public and spectators runners were ushered around in a swift and well planned event.

There were several distances to choose from with the majority of us opting for the 10k (eventually) with Michelle racing the 5k.

As per the title the route was fairly flat, well I say fairly it was as as flat as you can get and many a PB would should have been possible had it not been for the headwind from hell on 1 side of the circuit, as it was it was great to get out racing and have a bit of competition which is what I’m sure we’re all missing and once the lady with the megaphone had wished Queensbury all the best we were off.

Well done to us all, we were fab

The Brighouse easy 10k Road Race, an undulating 10k road race. Something a bit different, a one off 10k ish run, limited to just 30 entries with wave starts and a memento for all.

Well done to Andrew Patterson in grabbing one of the sought after places finishing 5th in a super 45:00

Roche Abbey Autumn Trail (Sunday 27 September) is a jewel in the It’s Grim Up North Running (IGUN) crown with its choice of distances, mixture of terrain and stunning countryside. This was still the case at this Covid-secure event where runners tackled hills and nettles as they completed multiple laps in and around the ruins of the 12th century Roche Abbey.

A Grade II listed building, Roche Abbey is described as a: “Fabulous hidden gem often overlooked as a place to visit in South Yorkshire”. It received a stream of visitors on Sunday as over 130 runners passed under the Gothic arches before continuing on their way in their chosen distance whilst practicing social distancing. Big up to Phillip for the reminder and links.

Well done to you both, awesome stuff.

The Yorkshire Veterans’ Athletics Association are offering members of clubs affiliated to YVAA a chance to take part in an age-graded virtual 5k and 10k competition taking place in October, November to December.

If successful this will hopefully continue in 2021.  The “event” is free to enter and there will be no prizes, just the satisfaction of running against your peers and your own times, plus having a reason for putting in a couple of race pace runs each month.