A 14K run over moorland tracks and paths near Castle Bolton in Wensleydale in aid of Rotary charities. 2018 was the 14th running of the race.

With thanks to the Rotary Club and Smithy himself for the report.

236 runners braved the atrocious weather, with heavy rain and wind to run this years race.

The weather was the worst we have experienced for the Run, as we have usually been blessed with good conditions. However, despite that, and around 60 people booked to run not turning up, 20 extras came on the day even knowing heavy rain was forecast! 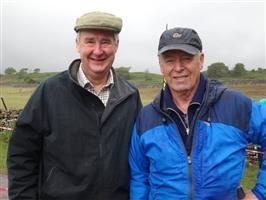 Channel 5 who were filming for a special Herriot episode of The Yorkshire Vet. This meant that, as well as Jim Wight, son of Alf Wight (James Herriot) attending to start the race, we also had Peter Wright, the principal vet in the television documentary. The episode is due to be screened in January.

Andy Smith travelled up to Bolton Castle to race and ran incredibly well finishing 210th in a time of 1:37:73

Well done Andy and keep up the great running and promotion of Queensbury. 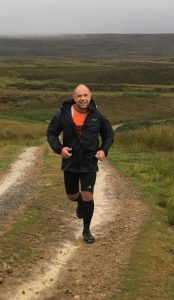