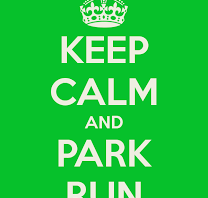 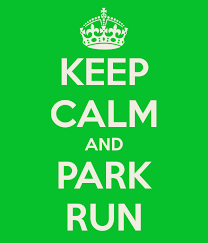 Well done to the 13 runners who turned out for the Park Run at the weekend. Three more personal bests to report. Thanks again to the volunteers who made it all possible.

A total of 62 runners took part. 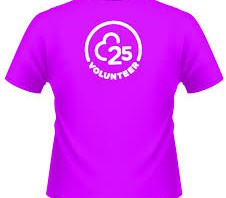 Some fine performances in this week’s Park Runs including two sub-20 minute times, seven category wins and two personal bests. Thanks also to the volunteers, including several QRC runners, who helped make it all happen. Email Carl for any omissions. 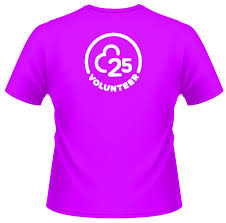 A total of 52 runners took part.

Congratulations to those who have competed in one or both of the last two YVAA races. Great running from Stacey Cleal with identical times over the tricky and hilly West Vale course and the flat tarmac and tracks of the Knavesmire course. A fine 2nd and 4th place in her age group respectively. Mick Coe had a great run at West Vale on the kind of course he thrives on. He travelled to Knavesmire with a sore knee and decided to pull out just after the start. Carl, Andy and Graham ran both races. Graham was placed 4th in his age group in both races and just outside the prizes. Chris Rushworth was unlucky too. In the Knavesmire race a marshal went AWOL and he took a wrong turn along with several others. QRC life member and former club chair, Steve Jones, joined us in York too. The final race of the Grand Prix series takes place at Spenborough on November 8th.

Lee Hipwell and Anna Smith ventured to the high Peak District to compete in the Holme Moss fell race.  The weather was changeable and the route over 17 miles with at least four enormous climbs including the precipitous descent from Bareholme Moss to Crowden Brook and the scramble up Laddow Rocks the other side.  The terrain varied between deep bogs, grassland, peat and the familiar flags of the Pennine Way.  After the last climb the race finished with a long mile of road back to the cricket club.  The winners, who recorded astounding times, were Matt Lalor of Barlick (2:44:21) and Holmfirth’s Helen Berry (2:56:57).  Lee and Anna both did well in a competitive field with Lee finishing in 4:25:47 and Anna close behind in 4:26:08.

Queensbury is third in the team league behind Baildon and Saltaire.  Mick Coe and Lee are fourth and fifth in the individual league with Graham Jowett, Matt Fielding and Anna also in the top ten.  The Pendle 3 Peaks (22 August) and the Tour of Norland Moor (30 August) are both coming up later this month, and training for September’s Yorkshireman is in full swing.  For links to the websites please check the Fixtures tab on the points file here. 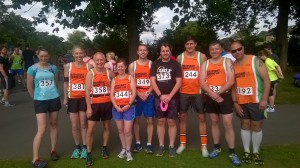 The 4th Saltaire Shaker took place on Sunday 26th July. There was a fantastic turnout from the club for the 15km race, mainly along the Leeds-Liverpool canal towpath but with a couple of detours along wooded paths.

The race was won by Rob James in 54:48 who finished just ahead of some of Otley AC’s best runners. He is listed as unattached but he’s a class athlete who has competed internationally at the 110 metre hurdles in the past. The first female runner was Jennie Guard (Leeds City AC) who was 14th overall in 1.04:09. 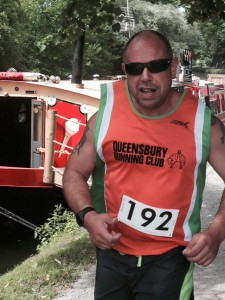 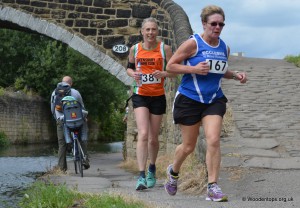 Chris williams raced at the podium 10k Saturday night this race is fast and flat so good for getting a 10k pb Chris was just shy of his pb the wind in the second half of the race was in his face and also he was on his own so had to work through the wind but still got a brilliant time 33.27 well done. 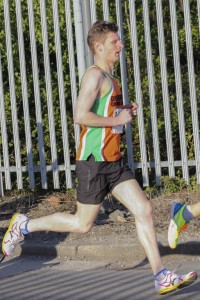 Anna Smith was the only runner for Queensbury at this race Queensbury runners have been racing all over the place this last two weeks Anna ran a great race and finished 7th lady overall in a time of 26-08 Anna said the run was lovely and started in the middle of the carnival all the way up to the trig point and back there is also a junior race well done Anna. 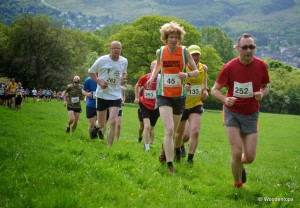 Three Queensbury runners raced the Widdop Fell Race the conditions were spot on for the  7 mile race which includes 1200 feet of climbing all three finished the race first home for Queensbury was. 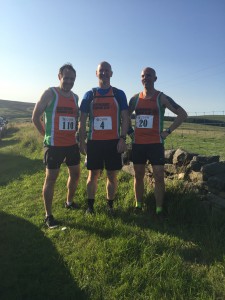 Four Queensbury runners completed the Leeds 10k in very warm conditions there was plenty of support especially from Alice on the right the daughter of Helen and Lily daughter of Michelle  all four deserve there medals so a big well done. 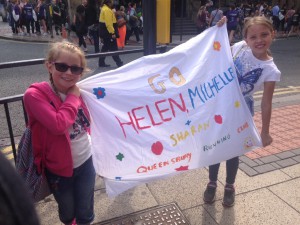 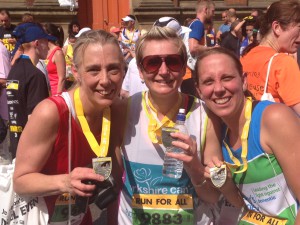 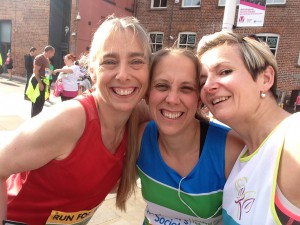 Eight Queensbury runners turned up to race at the fifth YVAA race at Crossgates in Leeds.

Zoe Hipwell the only lady racing for the club finished 43rd in a time of 46.20.