The results have now been posted at:
http://www.halifaxharriers.co.uk/results/calderdale/relay-2013/

Queensbury managed a magnificent 20th place out of 83 teams on the day. We finished just behind big clubs such as Halifax Harriers A and Valley Striders making us the highest placed Bradford-based club!

Congratulations to everyone who ran. Chris and Darren got us off to a terrific start and Peter and Martin kept us right up there. Ben ran a superb Leg 3 taking five teams on the hard climb to put us in 6th place. Phil and Karl were in the top half of the teams on Leg 4 and Lee and Graham were just outside the top half on the demanding climbs of Leg 5. Mick and Carl got caught up in a manic mass start on Leg 6. The first mile and half in the woods was frantic but we got ourselves into a good position and starting taking teams ahead of us on the roads and canals. I hope you all enjoyed your runs as much as I did. It was great to see everyone at the end for a pint in the sunshine.

Well done to Anna who ran in Leg 4 for Baildon and was only a few seconds behind Phil and Karl’s time.

A special thanks to Carl Heron, a fantastic team captain, who organised everything and everyone and was only 1 minute 41 seconds off with his predicted finishing time for the team.

Also thanks to Martin for the photos: 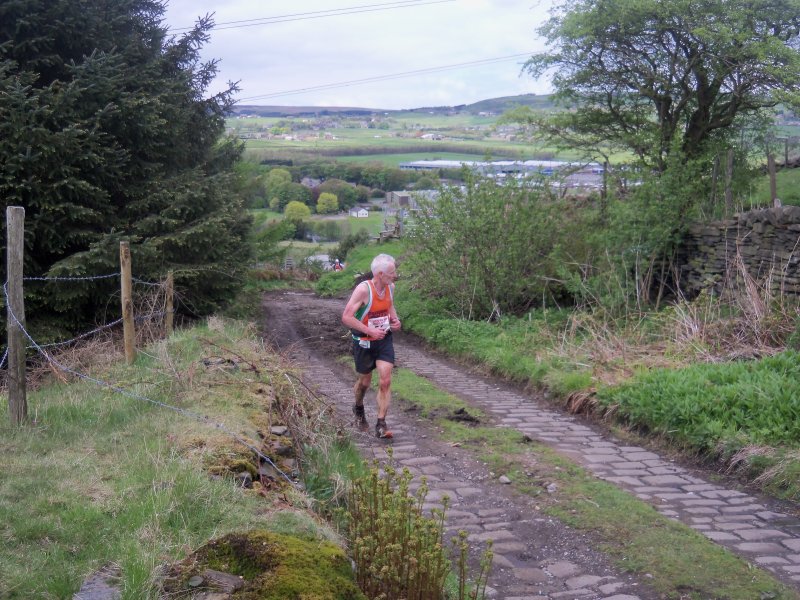